A wide offer of vehicles for children 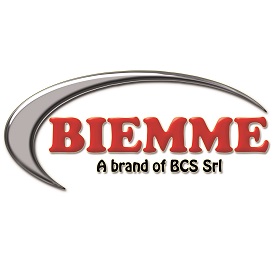 Biemme was founded in 1945 as a manufacturer of bycicle accessories; later it became a toy specialist, particularly in metal products including pedal tin cars, and in the Seventies it started manufacturing plastic cars, bikes, tricycles and ride-ons by injection moulding. Since the Eighties the company also offered Pierre Cardin-branded nursery products. Its production area rose to 80,000 square metres with 1,000 employees and branches in Argentina, Brazil and Mexico.

“Several changes followed: especially, with China emerging as a manufacturing hub production in Italy was ever less profitable”, relates Nicola Gaiani, managing director. “Now we are mainly a trading company, BCS srl, which imports all kinds of toy cars, ride-ons, ride-ins and tricycles from the Far East, Turkey and some European Union countries. We also have a line of outdoor games (seesaws, slides, houses, made by blow or injection moulding). However, we keep on manufacturing here the evergreen Coccinella and Bruco  (Ladybug and Caterpillar) ride-ons and the Flash tricycle and, most of all, Bob A Due and Bob Bimbo, wholly ‘made in Italy’ bobsleighs which are the pride of the company. From the marketing point of view, the main line consists in the 12-Volt electric vehicles with remote control, boasting top licenses such as Mercedes, Audi, BMW, Aprilia, Piaggio, Ducati and Kawasaki”.

The pandemic did not spare the company, whose turnover had grown by 17% in 2019: “Last year we were really afraid, with the goods coming in and all our clients’ shops shut”, recalls Gaiani. “During the lockdown we were supported by Amazon, with which we do not usually deal much in order to protect our clients, about 350 wholesalers and retailers we have a very close relationship with. Turnover was up by 3% at the end of 2020. We revised the orders according to our clients’ needs and, notwithstanding the containers’ costs rising sky-high, we continued importing, increasing the prices gradually. There has been much sell-in and now we must check the sell-out after the price rise”. 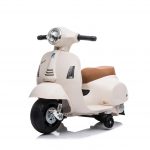 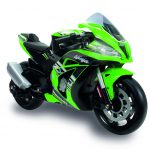 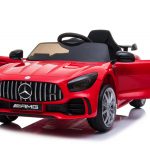